Home » On Empathy And Ease
Table of Contents show
1) Quote of the day
2) I am grateful for:
3) What did I discover new about myself?
4) What was the best thing that happened to me today?
5) What or who made today unforgettable?
6) 3 amazing things that happened today
7) How much stress did I experience?
8) Did I do something that was out my comfort zone?
9) What can I do better tomorrow?

Quote of the day

“Everything is easy when you know it.” – Sasha Lassey

I am grateful for:

The chance to have a Saturday where all I did was play with my Little Son.

I did work before he woke up (at about 4 AM) but the majority of the time, I was playing with him in the playroom whilst husband sorted out some copper outside for him to sell.

What did I discover new about myself?

My empathy is such that I am affected by things going on in the lives of other people, even when they do not concern me.

If so much negativity is thrown their way, I feel it.

I champion the underdog, whenever it appears in my life – in whatever form.

I’ll give you an example.

Recently, an announcement was made that Prince Harry and Princess Meghan are stepping away from their role of senior royals and will be spending half of their time in North America and the other half in the UK.

And the world went mad.

I’ve always felt an affinity with Meghan Markle, who can’t seem to do anything right in the eyes of the British media.

If she’s proactive, she’s an upstart.

If she doesn’t do anything, she’s just sponging off the royal family.

If she stands her ground, she’s a spoiled madam.

If she does nothing, she’s weak.

I’m not surprised she wanted out.

And I’m very happy that Prince Harry chose to defend her and stay with her.

Other people are saying that he’s under her thumb but I think it’s beautiful how he stands by her.

Every woman dreams of a man who will always have her back.

Every woman deserves it.

And so does every man for that matter.

My heart hurts for the pain that they must feel – the media (and therefore, the society that they serve) against them from day 1.

I find it appalling that people are still in denial about the racism aspect of it, that it’s not the colour.

But if it’s not the colour, how do they explain something that has been eloquently written by a columnist in the NY Times: “From the very first headline about her being “(almost) straight outta Compton” and having “exotic” DNA, the racist treatment of Meghan has been impossible to ignore. Princess Michael of Kent wore an overtly racist brooch in the duchess’s company. A BBC host compared the couple’s newborn baby to a chimpanzee. Then there was the sublimely ludicrous suggestion that Meghan’s avocado consumption is responsible for mass murder, while her charity cookbook was portrayed as somehow helping terrorists.

Those who claim frequent attacks against the duchess have nothing to do with her race have a hard time explaining these attempts to link her with particularly racialized forms of crime — terrorism and gang activity — as well as the fact that she has been most venomously attacked for acts that attracted praise when other royals did them. Her decision to guest-edit British Vogue, for example, was roundly condemned by large parts of the British media, in stark contrast to Prince Charles’s two-time guest editorship of Country Life magazine, Prince Harry’s of a BBC program and Kate Middleton’s at Huffington Post, all of which were quietly praised at the time.”

Maybe it’s because I’m also a person of colour, maybe because I’m also a woman who now lives in another country that is currently full of hate for migrants or maybe I marvel at the cognitive dissonance that allows people to do all those things they’ve done, say all those things they’ve said and continue to say about Meghan Markle (in the press or in social media) and still have the nerve to say that colour has nothing to do with it.

I should say I’m shocked but I’m really not.

So, I hold Harry and Meghan in love and compassion as I wish them well in this brand chapter of their lives.

What was the best thing that happened to me today?

Arriving at a new understanding of myself. And making peace with it.

What or who made today unforgettable?

I reckon LS said something clever and witty today but for the life of me, I can’t remember it. I really should start writing his words down as soon as he says them so I don’t forget.

1. I came to a new understanding of myself.

2. I watched a blog-related Facebook Live (between Cate Rosales and Sasha Lassey) and learned something more precious than just something about blogging.

It’s to let go of my tendency to beat myself up over past things I’ve done or past beliefs I’ve had that are no longer in alignment with who I am. I was also reminded that I can’t know everything and shouldn’t be expected to know everything, especially when I’m just learning.

“Everything is easy when you know it.”

3. This saying inadvertently reminded of something not completely related: Temptation.

Namely, that “it’s easy to say no to something you don’t want.”

Why is this important?

Because I have a strong streak of resistance that sees me procrastinating before doing something I need to do.

It’s a constant battle and can be quite tough.

I used to get annoyed with myself and would beat myself up but hey, isn’t this why it’s called the jihad by the Muslims? The inner civil war by people like Jim Rohn (I’m not actually sure where he got the term)?

It’s just something I have to roll with.

How much stress did I experience?

Not that I can remember.

Today was a day of play.

Did I do something that was out my comfort zone?

Yes, put away my phone for a time and just play with my son in the playroom.

I tell you, I felt like I was breaking out in hives.

Not necessarily because I’m addicted to social media but because I’m in the early days of my blogging business yet and I’m afraid that if I don’t keep doing all the things, my traffic will tank instantly.

It could very well be true but likely not.

What can I do better tomorrow?

Focus on what needs to be done. 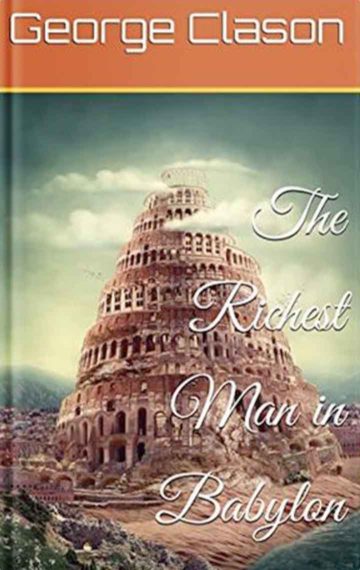